The props in a show help to build a world and tell a story. Joyce Gan lets us in on how she got started making and designing props for the theatre – a job that didn’t really exist in Singapore just 10 years ago!

First things first – what do you do as a props designer?

As a props designer, I conceptualise, design and ultimately create the props that you see on stage. In the case of The Amazing Celestial Race, that includes the masks – or headdresses – that the actors wear to get into character!

You’ve also been credited as the ‘props master’ on some shows. What’s the difference?

Traditionally, there’s a difference between those jobs in theatre industries where shows run much longer (sometimes indefinitely!)  – like on Broadway or in the West End. Take Wicked, for example. There’ll be a whole props department working on that show. The designer would conceptualise the props, like the Grimmerie or those green tickets Elphaba and Glinda hold up in One Short Day. But they don’t actually make or maintain the props on a day-to-day basis. That’s what the props master and props assistants would do.

And that’s not the case in Singapore?

No – having a dedicated props department in local theatre is definitely a newer phenomenon. If you go back to just ten years ago, we kind of handed the job of sourcing and creating props to whoever was available to do it. Depending on the production, that might be the set designer or perhaps the contractors, but, more often, it was the stage management team. Ask any stage manager or assistant stage manager (ASM) back then – at some point, they were asked, “Can you go and get this? Can you make this? Can you source this costume?”

So, if the concept and reality of a props department is still evolving in Singapore, is it safe to say that working in props was never part of the plan for you?

Yes, it wasn’t necessarily my intention to be a props designer or master right from the beginning. When I first started working in the theatre industry, it wasn’t even an option to consider. And I had other aspirations. I performed, I did some sound design, I even ventured into costumes.

I eventually wound up gravitating towards props when I started working as an ASM on some shows. That isn’t the case for everybody, obviously – some people are in stage management because they like that aspect of administration and helping to run a show. They don’t necessarily want to make a puppet, for instance. But I loved that part of it. So I actually started accepting more ASM jobs for weird shows, just so I would be asked to do weird things!

And now you get to help define what a props department and designer can do in our theatre industry!

Yes! I’ve done some stints on international touring shows like The Lion King and Wicked, which made me more aware of what the props department can be and how it can expand. While we might never have a really long-running show that would warrant a full props team, I’m still glad that our theatre industry is beginning to recognise the value of having someone in charge of designing and not just sourcing props. After all, the props contribute to the story too, along with the actors, the set, the costumes, the sound and the lights.

WATCH: Joyce helps our The Amazing Celestial Race cast get in touch with their animal instincts!

You’ve created props for Wild Rice’s shows for years now. What has that been like?

I’m glad that Wild Rice trusts me to keep working on their shows – it’s a good opportunity for me to develop a style not just for myself, but for a company too. I’ve been creating props for Wild Rice since Mama White Snake, which has allowed me to forge a working relationship with recurring directors like Ivan Heng, Glen Goei and Pam Oei. This means they get to know what I’m able to produce for them, which in turn means I get to take on even more design challenges!

Turning to a more general question about your creative process – what is your primary consideration when it comes to designing props?

My goal is always to serve the story and the characters. I studied literature in school, and also have some performance experience, so that comes naturally to me. I’m always thinking in terms of a character’s motivations – from what they would do, to the choices they make. So I design props that look and feel right for the character.

For example, I created very different weapons for Peter Pan in Serangoon Gardens. Peter, it seemed to me, would craft his weapon from nature. And, being younger, it would feel both like a personal toy and treasure. So Peter’s dagger features a leaf hilt, cut and heat-formed out of PVC foam, and branch motifs. Hook’s sword, on the other hand, isn’t an extension of his personality as much as it is intended for killing people. So it’s more functional – harsh, straight and bright, with slightly obiang (old-fashioned) colours.

How did you pick up the skills to become a props designer? Were you always crafty?

Growing up, I always had a penchant for fiddling with things. That’s because I grew up in a very low-income family, which means you don’t always get all the toys you want. So you make do with what you have and cobble things together – you learn to improvise a lot. I wound up developing a knack of going, “Okay, this thing is broken but can I repurpose this? Can I make this into something else?”

Is there anything you’d like to get the opportunity to do more of in terms of designing props?

I am slightly blood-thirsty and I like weapons! I’m really interested in doing more metal-working and welding. Unfortunately, it’s not very feasible in terms of time or cost to create a fully metal, indestructible item for a three-week run… 😅

Do you design props outside of the theatre as well?

I’ve also been an art director for television for the past few years. That involves designing – or dressing – the set as well as props. Same same but different to designing for the theatre, because you mostly deal with existing locations in television. It’s quite rare that you have a completely blank space that you have to do up from scratch, which is mostly the case in the theatre.

Last but not least – what do you love about working in the theatre?

I’ve always liked stories. As a kid, I watched a lot of television and theatre whenever I could. I would almost say that theatre and television are my real parents, because they influenced me so much and made me who I am today. When you’re a child and grappling with insecurity, it might not be easy for you to be you. I found it was actually easier to be someone else – to get through difficult situations by imagining myself as Batman or Frodo or Harry Potter. That sparked my initial interest in performing, which eventually expanded to encompass storytelling as a whole.

Personally, I loved television and theatre so much that I knew from a very young age that this is what I wanted to do with my life. Sometimes, people love something and want to keep it as a hobby. But I’ve always thought, “What else should I be doing other than exactly what I love and the things that bring me joy?” I am working in theatre and television today because I want to be a part of that joy too – a part of creating things that, hopefully, help inspire the next generation of viewers. 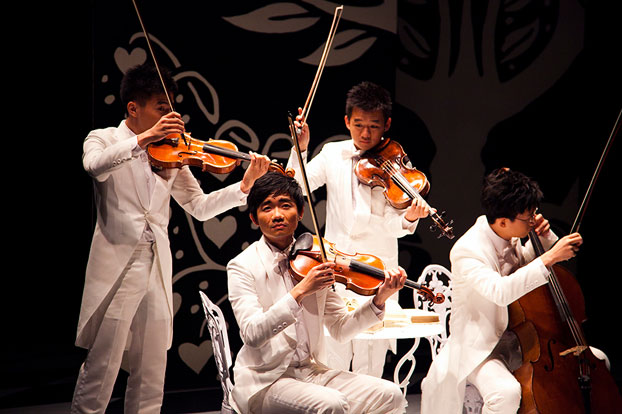 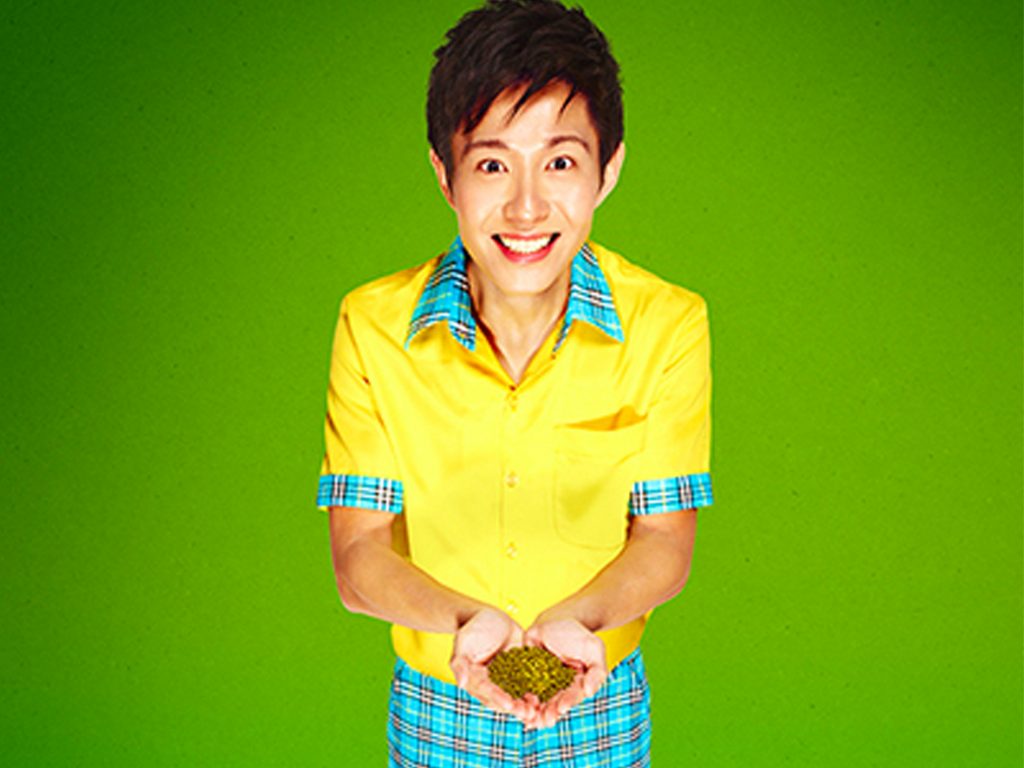 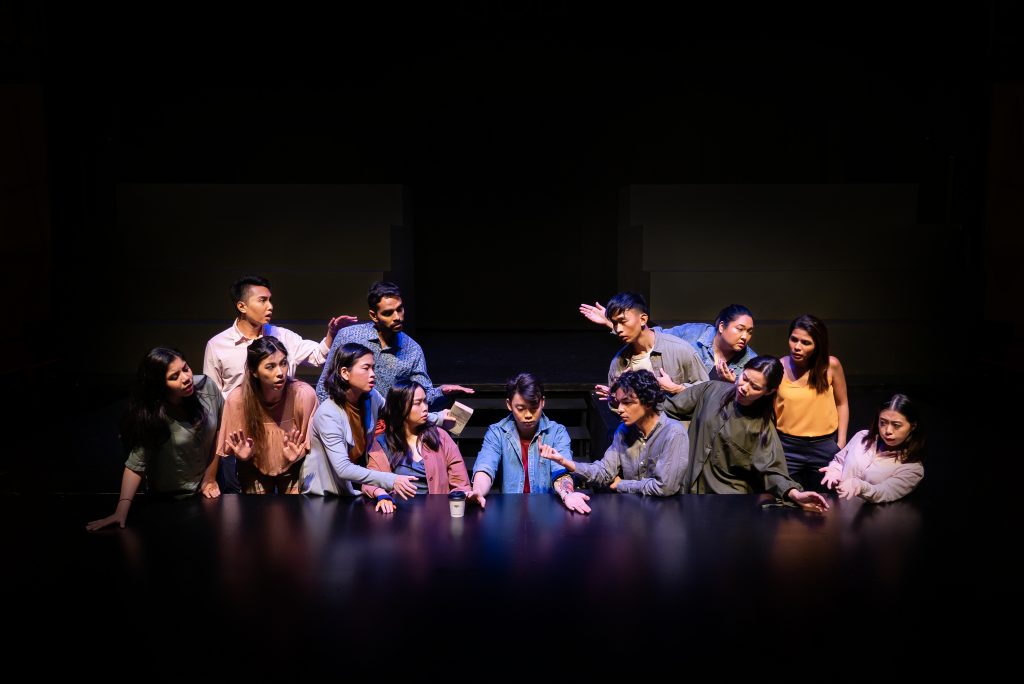