Touched By An Angel: Hugh Sutherland

Anyone who attended Jack & The Bean-Sprout! last year might have met Hugh Sutherland without realising it. Playing Santa Claus for the children in our audience, Hugh added immeasurably to the festive atmosphere that filled the Drama Centre Theatre foyer.

In our chat with Hugh, he reveals that he’s “almost Singaporean” – he’s been resident here, off and on, for twenty years come February – and talks to us about how W!LD RICE first came to his attention.

How did W!LD RICE come onto your radar?

Before I became an Angel, I wasn’t particularly active or interested in the theatre scene here in Singapore, although I had been a member of the Stage Club. When I saw that W!LD RICE was doing a production of Animal Farm, I thought that this was a very edgy thing to be doing in Singapore. I assumed what the allegory was going to be and, of course, I was correct. That piqued my interest.

Then I discovered that Ivan Heng had studied in Scotland. Ivan will tell his friends that we actually met in Scotland many years ago, but I don’t think so! [laughs] By the time Ivan got there, I had already left. When I discovered that he had studied at the Royal Conservatoire of Scotland, I thought that this was a good thing and that I would like to support these guys. So I started going to a few more W!LD RICE events and became an Angel a few years ago.

What aspects of W!LD RICE’s shows appeal to you?

I’m by no means a theatre critic and no judge of what’s good and what’s bad. I suppose I just like what I like, and what I like is the freshness to W!LD RICE’s productions. There’s always a questioning and a stretching – getting people to think differently and contemplate what it is that’s being presented to them. It’s not just a silly piece that’s being provided for entertainment; it’s being provided to encourage people to consider alternate views.

Do you have a personal favourite among the W!LD RICE shows you’ve seen?

There’s nothing that disappoints! I’ve been to see the various productions of Animal Farm. I’ve seen Emily Of Emerald Hill several times. And The Magic Fundoshi – that was great. It’s only been put on once or twice, I think.

I missed, unfortunately, La Cage Aux Folles in 2012, which I’d have loved to have seen. By complete coincidence, I was in Glasgow and they were doing a production of the very same play at the very same time. So, as a second prize, I went to see it in Glasgow, though I’m quite certain it was nothing like the production here!

You helped add some Christmas cheer to last year’s pantomime…

I tell all my friends about the pantomimes! It’s amazing that people even know what a pantomime is – coming from the UK, going to the pantomime was an integral part of our Christmas celebrations. The magic that they’ve been able to create here: the silliness, the guys dressed up as women, the talking cows… It’s completely ridiculous! [laughs]

W!LD RICE goes to such tremendous effort to put these on. The scripts are well thought-out and I love the way they get some subtle political messages through, and include observations or contemplations on whatever’s current in Singapore at the time.

What are your views on the theatre scene in Singapore? How has it evolved since you’ve been here?

Things have changed dramatically for the better. That’s not to say that it was bad when I came here, but I arrived in Singapore from the vibrant, exciting, internationally-recognised city of Hong Kong – which had a flourishing arts scene. They put on things as outrageous as Aida, for example, which was just a massive production. I quickly recognised that Singapore, in comparison, moved at a different pace – which was probably appropriate for where it was at that time.

I think that what has really changed is that Singapore’s grown up. It’s far more outward-looking than it was fifteen or twenty years ago. I think it’s become a lot more accepting of different things. I remember when I was first onstage here in 1994, in a production of One Flew Over The Cuckoo’s Nest, there was a lot of caution about what could be said onstage; there was a sensitivity of opinion and about what was acceptable.

There are also all these black boxes opening up, which is lovely. When I first got here, there was the Jubilee Hall, the old National Library and Victoria Theatre. Now there’s no shortage of shows to see. The Biennale is on and the Festival Fringe is on – there’s a lot happening.

I think that W!LD RICE plays a part in that – it’s not directly responsible for a lot of these new things, but it’s been a great influencer in opening people’s minds and encouraging them to enjoy and participate in live, vibrant theatre. That’s what makes me very happy to support W!LD RICE! 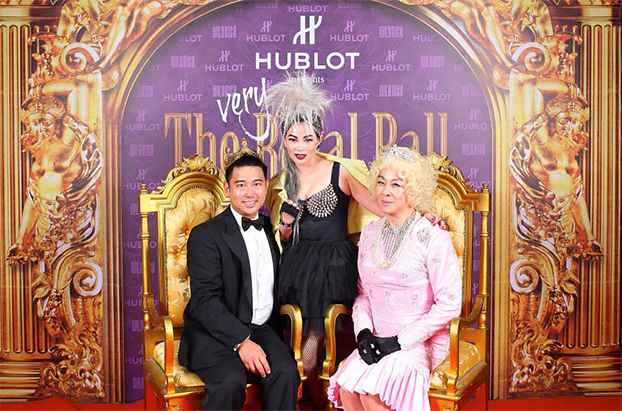 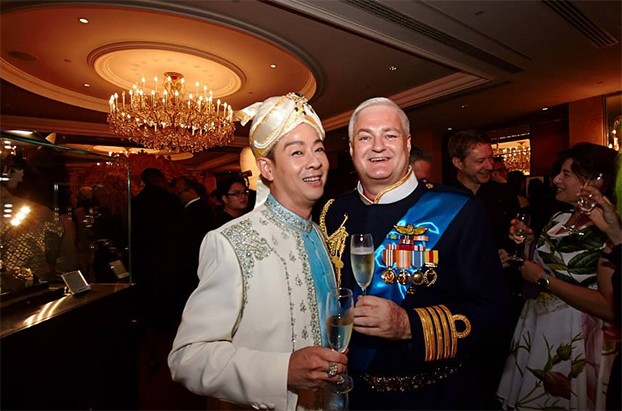