As Mama White Snake’s nefarious Madam Ngiao, Zelda Tatiana Ng is doing something she’s never done before. She chats with us about taking on new challenges, her fascination with Genghis Khan, and more!

Not really – it depends on my mood and also what I feel I need to do on any particular day. For instance, if my voice feels a bit off, I will ensure I do more vocal warm-ups before I go on stage. But there is one thing I like to do before every show I do. I like to go to the centre of our stage and stand there, looking out to the very last row in the theatre and absorbing the entire space. It’s a kind of meditation, I guess.

Sometimes, before opening night, I’ll have weird dreams that are related to the production I’m doing. Something else that keeps me up at night is if I have an early flight in the morning! I know that I’ll be heading to another country the next day, and I can sometimes get so super excited that I can’t sleep!

Tim Burton, Johnny Depp, Tony Leung Chiu-Wai and Eason Chan come immediately to mind – they’re my idols! For the final spot at the dinner table, I’d invite Genghis Khan. I studied Chinese history when I was younger, and I think he was a real-life superhero. We talk about the concept of ‘yuan fen’ (缘分) in Mama White Snake, which refers to the fate between two people. And I must confess that a part of me believes I may have been one of Genghis Khan’s concubines in a past life!

When other people lack awareness of themselves and how they’re affecting your personal space – like if they walk very slowly in front of you, or if they’re just looking at their handphones. And I get so annoyed sometimes when I queue up at the ATM. Why do some people count their money in front of the machine?! What are you going to do even if the amount is wrong? There are also people who use more than one card… or put the same card in twice! Why ah?! I don’t understand!

I would bring them out to eat. Specifically, I would introduce them to Peranakan food – which, I think, is quite unique to Singapore. While we eat, I can tell stories about the Peranakan culture and heritage, and maybe after that, we can go explore Chinese and Malay cuisines as well.

What is the one thing you’ve done in the past few years that you’ve never done before?

I’ve never done a musical, or been in a pantomime. Mama White Snake is both. So it’s been very exciting for me. It’s also challenging, of course, because I’ve never had to act, sing and dance, all at the same time, before. When we first started rehearsals, I would remember my lines – and then forget to sing! If I remembered to sing, I would forget to dance! But the process has reminded me of all the training I’ve done throughout the years – including the dance lessons I took at the age of 19. It was like riding a bike again for the first time in ten years. It took a while to get back into the rhythm of things, but it was great to have it all come back to me.

When I was 15, I watched my first theatre play – The Arsonist, by Max Frisch. It was the first production by what has now become The Theatre Practice, and Kuo Pao Kun had translated the play into Mandarin. My Chinese drama teacher brought me to see the show at the old Drama Centre. It was an amazing experience – even today, I can still remember very clearly how I felt then. I realised, while watching the show, that I wanted to be an actor. That’s why I’ve always thought that, in my lifetime, I have to direct The Arsonist, just to complete that circle. And I’ll be doing that next year. NAFA invited me to be the guest director for the 2018 final-year production. They wanted an ensemble piece, and I went through so many texts, from Greek tragedies to Shakespeare. In the end, I proposed doing The Arsonist, using Pao Kun’s original translation. I’m really looking forward to it!

I would want to import the Northern Lights here. Oh, and it’d be great if we could import a real unicorn into Singapore too. [laughs] 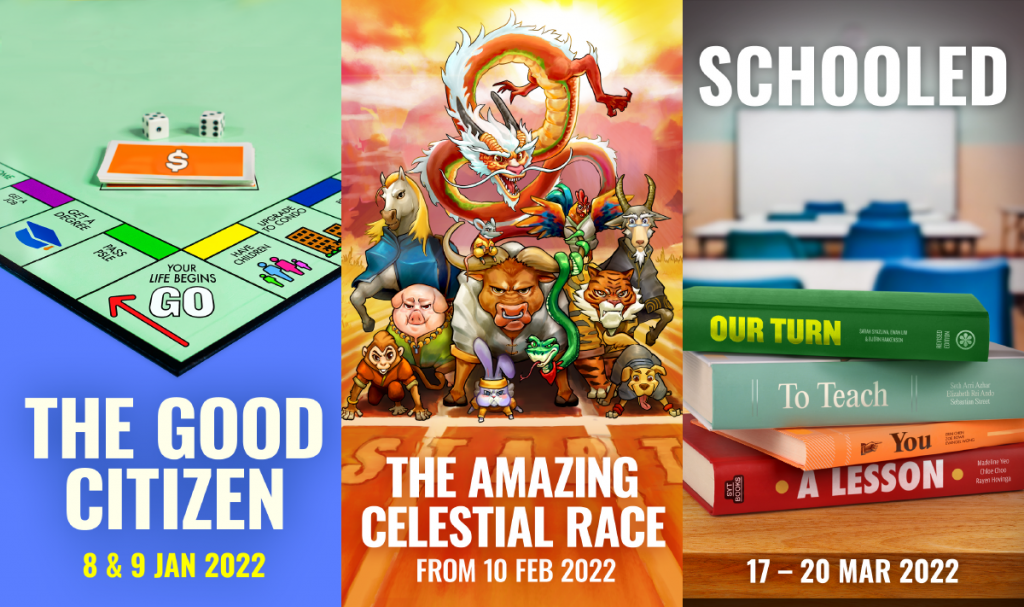 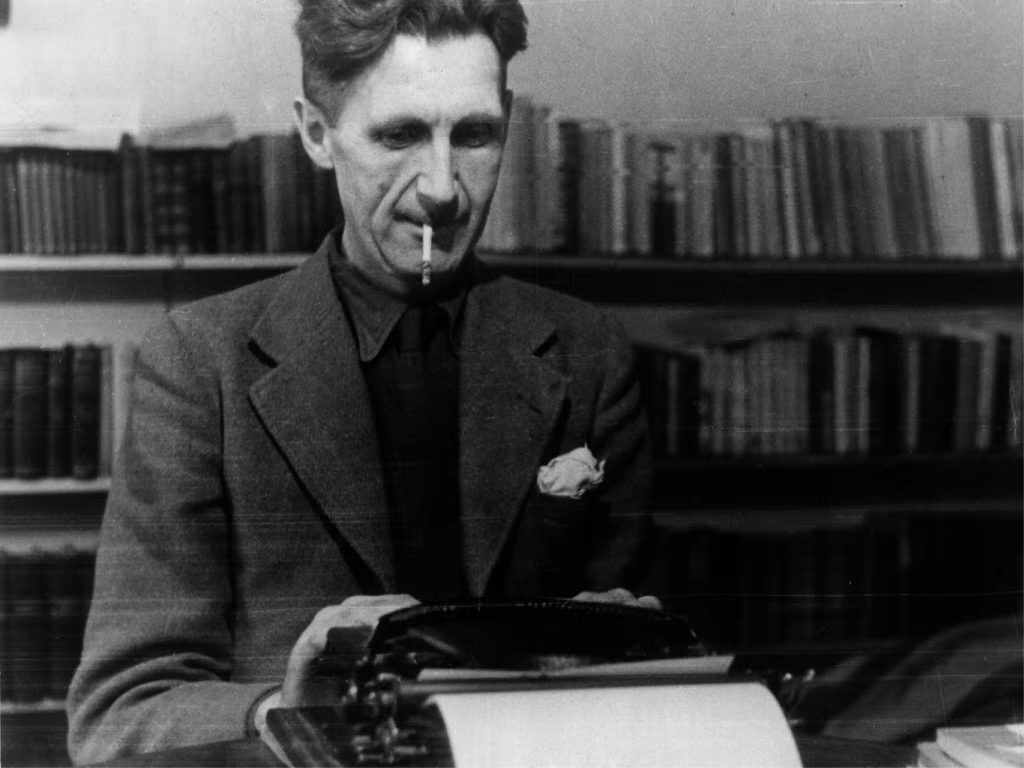 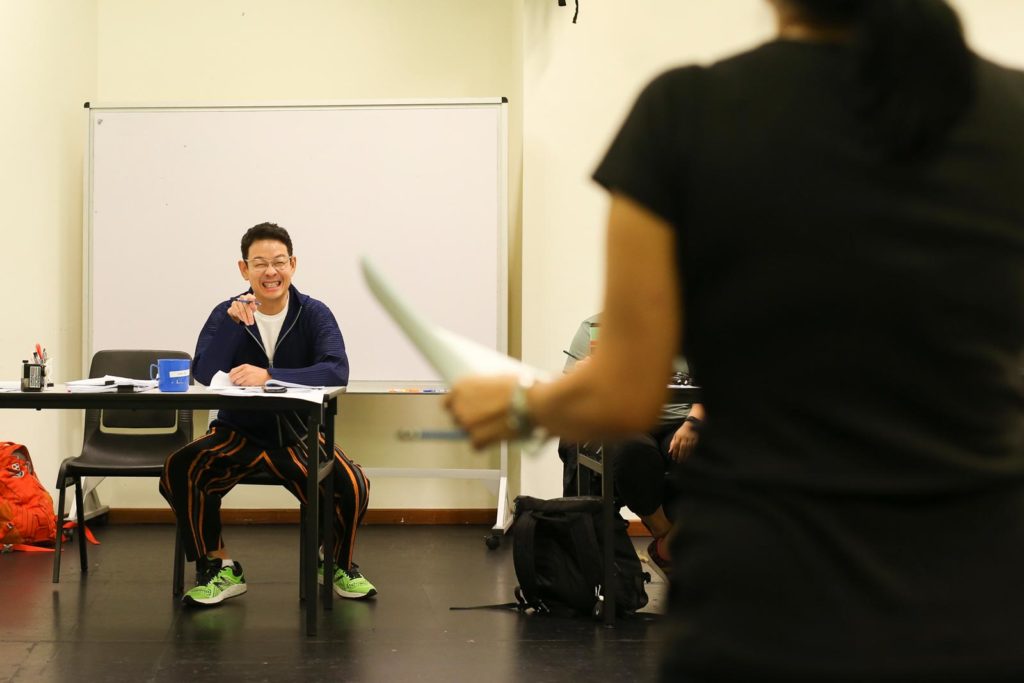