Another Country isn’t just another show to Gani Karim, who was one of the original cast members of Second Link. It’s clearly a highlight in a long and varied career in the theatre industry. Gani chats with us about coming full circle with a show that, ten years on, is still teaching him new things about himself and his craft.

Can you compare and contrast the experience of performing in Another Country with that of Second Link, ten years ago?

Second Link felt like Theatre 101 to me. At that point, it felt as if I had to put everything I had ever known and learnt about theatre into it. I dug up my Bharatanatyam dance training for one of the pieces, for instance. I was harnessing everything I’d learnt, from my teenage years onwards, and channelling it into all the parts I played in that show.

If Second Link was like getting a bachelor’s degree in theatre, Another Country feels like I’m working towards my PhD. This time around, I’m harnessing life itself. I have to dig back into my childhood, my life experiences and my memories and put all of that into play. It’s an affirmation of everything I am now, and what it took to get here.

What are some of the challenges and joys you’ve experienced in revisiting this show?

Ten years ago, I had muscles. Now, I have cholesterol! The body isn’t as willing or as agile as it used to be. So, something gives. And yet, something else deepens. The late Krishen Jit once said to me, “You can’t always keep doing new work.” I didn’t quite understand what he meant when I was younger and just wanted to keep adding new shows and work to my resumé. But now, ten years later, I think I get what he meant. When you go back to a piece, you notice – all of a sudden – things that you never noticed before. Various themes and ideas resonate differently because of your life experiences. Sometimes, as an artist, I think: what more is there to discover? I was rather overwhelmed by the fact that, when I started working on Another Country, I could still be inspired and discover new things in work I had done before. It really is like coming full circle in my career.

Tell us about the Malaysian texts you’re working with. Have they changed? Are you delivering the pieces that remain the same in the same way?

This time around, I think the curation by Leow Puay Tin is more focused. The pieces mirror and serve as counterpoints to one another much more than before. It results in a richer and more multi-layered production. If the curation had not changed over the years, it would have been a dead piece of theatre. But this is living theatre – theatre that is constantly evolving to reflect life, which is always changing. Ten years later, the play has matured a bit. It’s riper.

I think that goes for the entire production and creative team. We are deeper and denser and more sensitive, reflective and refined in approaching this show. Ivan was raising questions during the rehearsal process, like: are we Singaporeans commenting on the Malaysian texts? Or are we Singaporeans playing Malaysians? Ten years ago, we didn’t go that deep. There was less impetus to do so. It was a fun show, it was crafty, it was clever. But this time around, we do go deeper. The times have changed too – it’s SG50, and the environment in Malaysia is drastically different. I definitely feel the responsibility of giving more weight and thought to what we’re saying and performing.

What’s it like to perform this piece in tikam-tikam style? (The actors perform the texts in the order selected by the audience just before intermission.)

It’s a very good example of the adage that working in theatre is the one career in the world in which you are both selfish and selfless. You’re selfish, as a performer at least, because you’ll seize the moment if it’s your spotlight and take over the space. But you’re also selfless because you’re constantly taking care of your fellow actors.

And everyone is pulling together to make the show work. There are five of us actors on stage, but look at what’s going on backstage! We tikam-tikam, they also tikam-tikam! It’s a chain reaction! You can’t programme the lighting or the video beforehand! You may think it’s just an hour long, but imagine going on a rollercoaster ride with the intensity of an Iron Man marathon – that’s what this is like!

So what have you learnt about yourself and your craft in coming back to Another Country?

I’m learning to trust and let go. The whole process of acting is about gaining ownership of a character or an idea – you psycho-analyse and refine, and for every five minutes on stage, you’ve invested at least forty hours of preparation. There’s always that bit of you that wants to go back and practise some more, to run more lines. But, at some point, you have to trust that you’re ready, and you have to make all that work seem effortless and natural. I’ve reached the point where it’s no longer as hard as it used to be, though it still isn’t easy! Being able to do that takes time. I remember, ten years ago, Neo Swee Lin used to say to me, ‘Gani, enough lah!’. I’m looking at the rest of the cast now, especially the newer actors, and that’s exactly me ten years ago! All of a sudden, I understand how Swee Lin could be so relaxed and so chill. I’m just really, really thankful to have that opportunity to arrive at that understanding of myself as an actor – it’s a blessing! 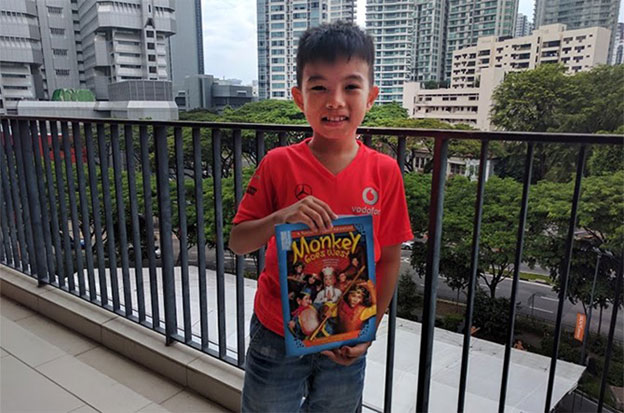 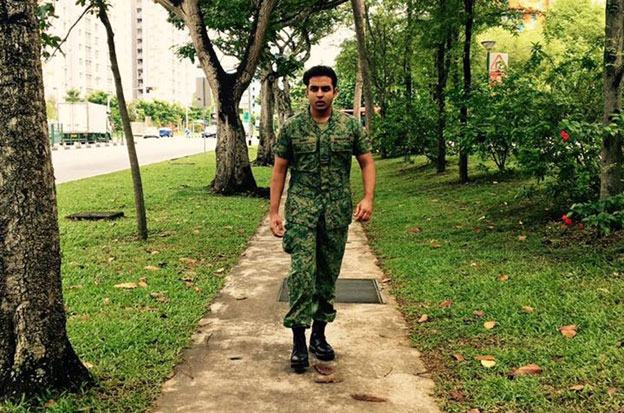 Take A Walk on the W!LD Side