Ball of a Time

Since 2002, veteran events planner Kitch Lum has been on the organising committee of W!LD RICE’s annual charity fundraising gala. She talks to us about the event’s humble beginnings and how her team reaches for the stars with every successive RICE BALL.

Do you recall how W!LD RICE first came onto your radar?

I received a call from Mrs Kay Goon 11 years ago while taking a break with my family – coincidentally, we were at one of her group’s hotels, the Shangri-La Rasa Sentosa. At that time, I was one of the pioneering team who had left Singapore Tatler and helped start another society title called Prestige. I was the VP for Circulation and Promotions, and one of my responsibilities was to organise charity events and develop a premium database for the publication.

Kay mentioned a meeting she had had with two very talented young men recently, and said that she would like to arrange for us to meet as well. She wanted to help raise some funds for their new theatre company, W!LD RICE, and asked if I could assist. I had heard of Glen Goei, who had starred in the smash-hit West End production of M. Butterfly, and I had also read about Ivan Heng’s work and the numerous awards he had won as a theatre practitioner. His most famous role was, of course, the title character in Emily Of Emerald Hill, which I had watched in 2000.

How did you come to be involved with the RICE BALL?

My first meeting with Ivan, Glen and executive producer Tony Trickett was held over lunch at the Shangri-La Hotel. During the meeting, Kay talked about organising an event to help raise awareness for W!LD RICE and, at the same time, raise the much-needed funds that would enable the creative team to focus on their productions and outreach programmes.

Tell us about putting together the very first RICE BALL.

As W!LD RICE was very new, the idea was to organise a very private soiree to be sponsored by Shangri-La Hotel. Prestige would be the official magazine – to provide editorial coverage and publicity for this new theatre company. We decided that, between us, we would invite about 150 guests from the corporate and social elite circles to this event as it would be the best way to showcase to potential donors the talented team they would find in W!LD RICE. The standard mode of raising funds through selling donation tables was not viable as the company was too new. Instead, we raised some funds by getting clients and friends to donate 12 special items, which were auctioned off that evening.

The very first ball was called Starry, Starry Night, billed also as ‘A W!LD RICE soiree with Singapore’s best’, and it was held on 12 November 2002 in the Island Ballroom. The entire show was directed by Ivan and Glen and it featured the talents of Adrian Pang, Lim Kay Siu, Selena Tan, Tan Kheng Hua, Lim Yu Beng, Pam Oei and the late Emma Yong. Our GOH were former President SR Nathan and Mrs Nathan. It raised $37,321 for W!LD RICE.

What are some of the challenges you faced when organising the first RICE BALL 13 years ago?

W!LD RICE, as a theatre company, was unknown, although both Ivan and Glen were known for their individual talents. Moreover, raising funds for the arts is never easy as donors are more inclined to donate to causes that benefit the elderly, children or underprivileged. We had to depend on the good will and support of our friends, clients and readers. Thanks to all of them, the first soiree was an instant hit.

Do you face many of those same problems now?

There have been some different challenges to face. The BALL had always been chaired by Kay, until she stepped down after a few years once her objectives for W!LD RICE had been met. However, she continued lending us her support every year. It was then chaired by another member of the Board. In 2010, I took over the organising committee, the membership of which had changed quite a bit as well. The show had to go on, however, so the remaining members of the committee and administrative team from W!LD RICE worked really hard to put together the Red Hot Chilli Padi Gala in 2010, which celebrated ten red-hot years of W!LD RICE.

Thankfully, I also have the support of friends who have continued to support the RICE BALL, either as committee members or table donors, even after I left the publishing industry in 2011. That year, we formed the biggest committee, which included friends like Shabnam Arashan, Ken Khoo, Jade Kua, June Goh, Dimple Aswani etc. My current committee, which includes Ken Khoo and Susanna Kang, have continued to pledge their support for this year after joining the committee relatively recently.

One challenge, of course, has remained the same. The challenge the committee faces every year is how to out-do ourselves to produce an even better gala next year!

We also decided that, besides superb entertainment, guests should have a different dining experience at the gala. Since 2011, we have invited local celebrity chefs to partner the team from Shangri-La Hotel to create the dinner menu. W!LD RICE is all about supporting local talent and we believe that this should also extend to the cuisine served at our RICE BALLS!

What is entailed in putting together an event on the scale of the RICE BALL?

Great teamwork and a hardworking and passionate Organising Committee. The committee, Chefs from Shangri-La Hotel and the creative team from W!LD RICE work closely together, with the common goal of ensuring that all donors and supporters of the RICE BALL will be treated to an amazing evening of superb entertainment and fine cuisine.

We are also thankful for the support given by former President Nathan and Mrs Nathan; they graced many of the RICE BALLS as our GOH. Former Cabinet Minsters like Mr Mah Bow Tan, former Speaker of Parliament Abdullah Tarmugi and Mrs Goh Chok Tong also lent us their support by gracing the gala.

What’s your favourite thing about working on the RICE BALL?

I have so many favourite things! The compliments we receive after each gala from sponsors and guests about how much they enjoyed the BALL. The funds we get to raise and the supporters and donors who have always – and repeatedly! – lent us their support. The ability to attract corporations like Man Investments and luxury timepiece brands Franck Muller and Hublot to come on board as Presenting Sponsors. Brands like these are very particular about such collaborations and their support serves as a recognition that the RICE BALL is indeed one of the most sophisticated and entertaining charity galas that attracts the creme de la creme of Singapore society.

Most of all, we are like one big family. It’s a joy to work with such a passionate team to come up with distinctive ideas each year for the dinner menu, ballroom decor, dress code and the evening’s entertainment. We always have so much fun at every committee meeting – Kay always ensures we have yummy food to fill our stomachs during meetings by hosting us at the Shangri-La Hotel! 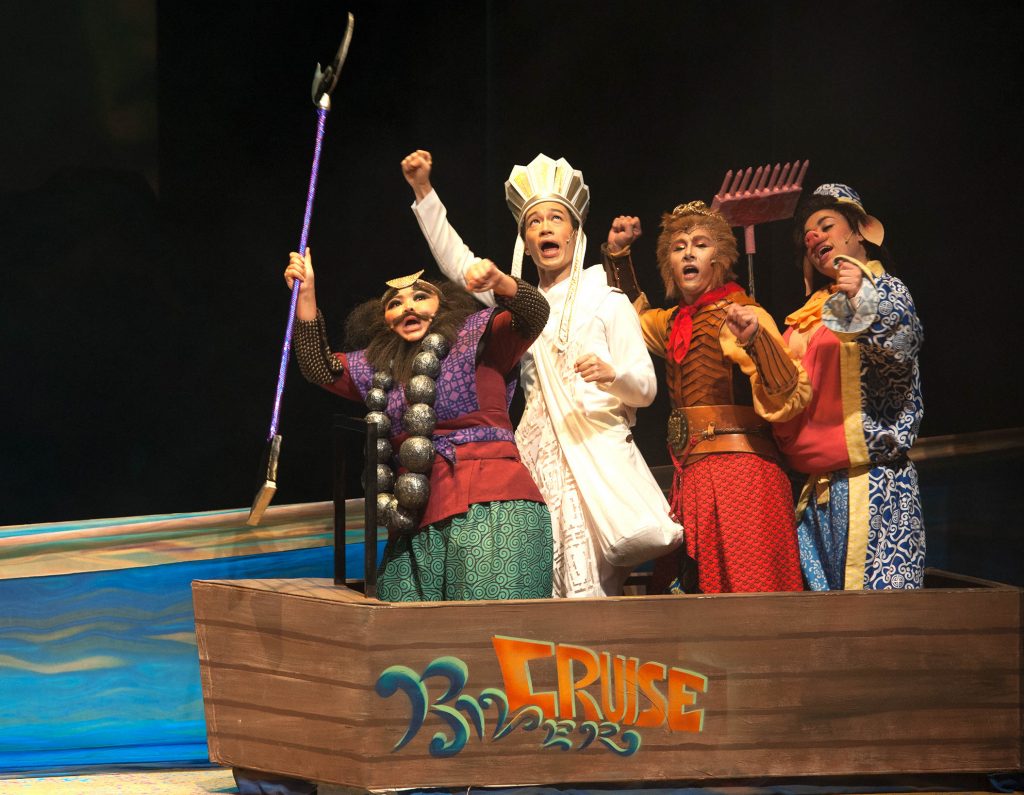 A WARM WELCOME TO OUR NEW HOME