It’s not often that lighting designers are called upon to conjure walls and windows out of light. But that was precisely the challenge facing Lim Yu-Beng when he joined the creative team of The House Of Bernarda Alba. He tells us about infusing Wong Chee Wai’s wide-open, wall-less set with a sense of claustrophobia.

What was your inspiration for the lighting design?

Of course, as with any project, the first inspiration is the script. When you read it, there are certain things that jump out at you: obviously, the claustrophobia and the inhibitions and restraints. These are words that Glen would also use later, in my discussions with him. So it was fairly obvious and immediate, and I knew I had to address all of these ideas.

Did you face any challenges in designing the lighting?

The interesting conundrum was that we had a set and a space that was very open. I really had to think about that for a while. I had all these feelings of oppression [about the play], and sometimes I think of it almost as compression – but the fact was that I had to deal with this wide space. I can’t help that the other elements are there. But how do I make people look at what I want them to look at, without making their eye travel to things I don’t want them to see? It’s always a bit like a puzzle, you know?

Also, we couldn’t hang any fixed lighting instruments above the set as we couldn’t physically go to them to focus them. It had to be all automated lights, which tend to have a particular quality to them. That was another one of the considerations.

How did you get around these challenges?

I tended to press down on people [with the lighting]. If you look at the design, we’re not just lighting them from the front. We’re always kind of pressing them down into the house with some top light, backlight, or even a high sidelight.

The final result is truly arresting.

I enjoyed lighting Chee Wai’s set very much. I really like his set. There is work that screams for your attention, but there’s work that serves the spirit of the piece. I think his did that. It was a way to facilitate the thinking and feelings in the play, rather than to say, “Hey, I’m an award-winning designer!” He becomes an award-winning designer because he serves the spirit of the play. I thought that was really nice and really lovely work he did. So conscientious and detailed.

Some of my lighting ideas, I feel, came in a sense from Chee Wai, because he had created opportunities deliberately for me. For example: nobody in the audience would know this, but the louvres of the windows are facing the wrong way – if you’re in a house, you should be able to look outside by looking down, through the louvres. But since he knew I’d likely be lighting from the outside, he had already turned the louvres the other way to allow for light to be shone through – and he had done this even before I’d come on board.

One of the most fascinating aspects of the lighting design was the way in which you created windows out of light.

Yes, the characters are actually looking out at us! I have to credit James Tan, who was on the project before I came in. He had pre-ordered eight of these gobos (lighting filters) – I used nine – because I think he was going to use them for the actual physical windows along the side. When I looked at the set, I decided I didn’t want to use them there; I wanted them in the front. I wanted three going in one direction for morning, another three for afternoon and another three for night. And so I had the problem of one not being made – I had the W!LD RICE staff cut one for me. It was too difficult to cut the intricate latticework at the top, so I hid it at the side and you don’t realise it’s missing.

Another great moment is when Serene Chen takes a liberating shower in the rain. How did you achieve that effect?

I had to use automated lights there. We had to be very careful about the water because we didn’t want the water to touch the lights. So I was like, sh**, I need the water close to the lights, because light diffuses the further away it is, but I couldn’t get too close. So Chee Wai very cleverly put some sort of shield around them. We had to use a lot of light to get that effect, more than I would normally have had to use. That was fun, to work my way around that problem.

When did you come on board the project?

A week before the play opened! [James Tan, the original lighting designer, had to leave the project due to a family emergency.] I had not read the play, I did not know anything, I came in and saw one rehearsal and then I was in theatre. I basically didn’t sleep for two weeks. I was very fortunate and felt very supported by our stage manager, Juraidah Rahman, and the whole team, who squeezed extra time out for me in tech week. I really couldn’t have done it without those little concessions. I needed that time with Juraidah, who is my lifeline to the show.

We’ve worked together a few times and we know each other very well. I love her to death and we work well together. She’s so, so good to work with and so helpful. She’s one of those stage managers who really gets in there behind the director. She knows not only where people are going but why they’re going there. She understands it dramatically. It’s not technical. She understands and loves the work dramatically. Therefore, for me, as a co-creator, she’s an essential lifeline. Because, in the absence of the director and the actors, it’s just her and me. We have to work on it ourselves during the plot time. I’m relying on her to give me the impetus, and Juraidah can tell me where people are going at which point and why.

Everyone knows you as an actor and choreographer. How did you pick up this particular skill-set of lighting design?

I was trained in it – when I went to school in LA, I trained as an actor, but I very quickly fell in love with the whole directing, tech and design element as well. So I trained in that. Although I began training as an actor, my whole purpose in going away to train in theatre – and bear in mind I’m ancient, so when I went away, it was end of ’82 – was to learn everything I could and bring it back. Because there was nothing here, in those days. We didn’t have LASALLE or NAFA, we didn’t even have a professional theatre company at the time. The first professional theatre company started in ’85! So my aim was to learn everything and be greedy and devour everything in sight and bring it back and push and create the scene here.

How did you use those skills when you returned to Singapore?

When I came back, the first five years of my professional theatre career were primarily spent as the tech manager of TheatreWorks. Because everyone wants to be an actor or a director, but we didn’t have anyone who knew how to mount the shows technically. So that’s what I did.

The first project that I did with Ivan professionally – he was directing in TheatreWorks. He and I basically co-designed the set and lights together. He’s a wonderful designer because, I would say, we see a world. He’s always trying to create a world, and so am I. We understand each other there. 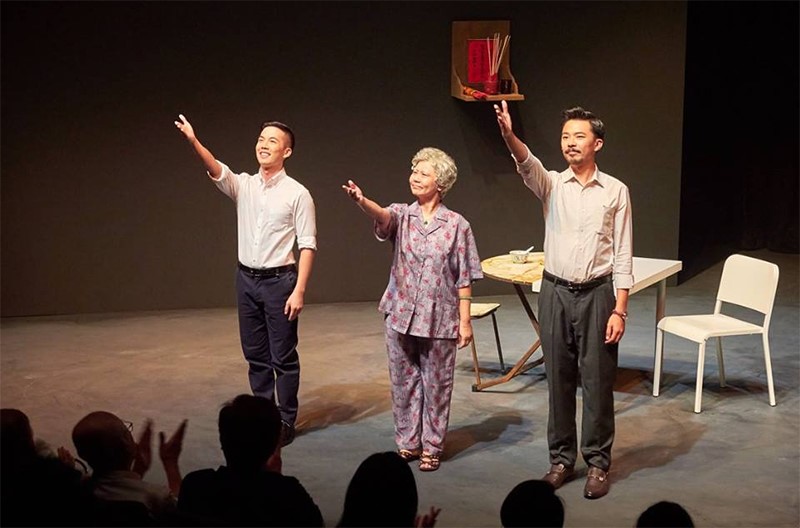 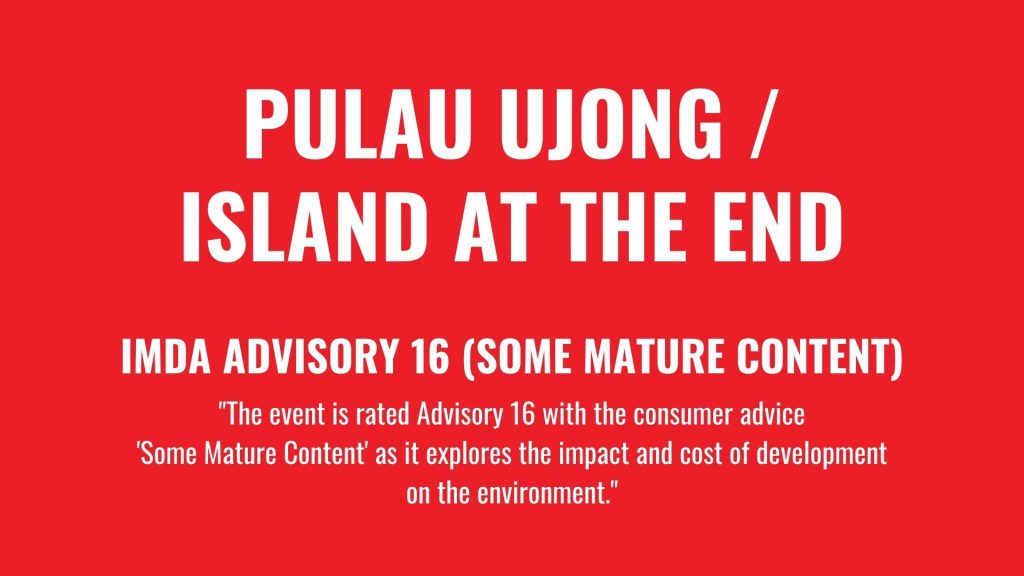