The Empire Strikes Back

A sprawling, multi-generational play that delves into the themes of empire, power and identity, HOTEL is also one of the most ambitious projects ever jointly undertaken by Ivan Heng and Glen Goei. We check in with them before the two-part epic makes its debut in the Singapore International Festival of Arts (SIFA).

What was the inspiration for HOTEL?

IVAN HENG: Glen, Alfian and I had been thinking and talking about Singapore for a while, and the idea really crystallised when Ong Keng Sen invited us to send in a proposal for SIFA. As our nation celebrates our 50th anniversary, we really felt we needed to delve into the much richer history Singapore has beyond the very reductive SG50 narrative. We started to think about things like what it means to be born here, when actually – at any one time – half the population is not. We thought back to Singapore’s place, geographically, as a port and that notion of people constantly travelling through, in and out of the country.

Why the framing device of a hotel?

GLEN GOEI: We started from that idea of Singapore as a trading port, which is what we’ve been for hundreds of years. There’s a certain transcience to that notion. People come in and out. They arrive in Singapore to make money, then they leave. Hence the idea of a hotel, which doubles as a metaphor for the country – and for life in general. It’s a very rich metaphor. It even reinforces the concept of a ‘trading port’, which suggests that everything has a price. Take Raffles Hotel – in recent years, it was owned by American investors before being sold to the Qatar Investment Authority. It’s an icon of Singapore, but it’s for sale!

Tell us about working with this cast.

GLEN: Once we were told about the commission, we started casting. That was nine months ago; we’ve been working on it ever since. We wanted actors who had a variety of skills, which would be helpful to us in devising the final piece, as it spans a hundred years and covers myriad nationalities, languages and races.

IVAN: We started off with two workshops that brought together the actors and the playwrights in one room. We gave the actors homework, asking them each to present their research on a decade in Singapore’s history. The playwrights then brought in situations, around which the actors improvised characters and dialogue. These were recorded, re-constituted, put into rehearsal and, after many rewrites, finally became the 11 scenes in the show. For all intents and purposes, HOTEL really is W!LD RICE’s very first devised play.

IVAN: It’s really amazing to me that we started with a completely blank slate. All that hard work resulted in 11 playlets – 11 plays, really, because they all have a beginning, a middle and an end. Each scene is very much a world unto its own. And yet, put it all together and the overall show is a real odyssey through time!

What are some of the themes that HOTEL will be addressing?

IVAN: Well, of course, one of the overarching concepts is the idea of Empire, which is SIFA’s theme this year. Singapore has been a part of so many Empires. In just 100 years, we can talk in terms of Post-British, Post-World War, post-Japanese, post-Malayan, post-Malaysian and now, post-LKY.

GLEN: Some Empires are more insidious than others. We often think of colonisation, for instance, in terms of the British. That’s a very literal ‘Empire’. You could think in terms of PAP imperialism as well, because we’ve only had one party in power for the past 56 years. We’ve been also been colonised by American pop culture.

IVAN: In the 1980s, the world was actually very much colonised by the Japanese…

GLEN: In terms of culture – you know, like the Sony Walkman and the Game Boy. And, of course, Empires linger long after they officially end. Look at us now, decades after the British left. We’re speaking in English and wearing Western-style clothes. Somewhere along the way, we stopped wearing sarongs and samfoos which, you know, probably make more sense in our climate!

What else has struck you in this journey into one hundred years of history?

IVAN: HOTEL looks at identity, power and authority; and how power shifts have marked our identity. There will always be the victors and the vanquished, masters and servants, rulers and subjects, and, in the case of a hotel, there’s always an upstairs and a downstairs. You’ll always find that the people in power are trying to keep the people below down, and the people below are trying to work their way up. And there will be the people passing through, and the ones that remain.

One of the things this play really brings out is the notion of language as power. Language is a medium of communication and miscommunication, which means it can be a strategy or a game. You use languages to exclude others, if you don’t want someone else to understand you.

GLEN: Just look at the different anthems a Singapore citizen would have had to learn over the century. Our mothers would have learnt God Save The King. During World War II, they’d have learnt Kimigayo, the Japanese anthem. In 1963, we learnt the Negaraku. It only became Majulah Singapura in 1965. We’re really pushing the envelope in HOTEL with all the languages used in the play. There’ll be scenes played in Japanese, Malay and Cantonese. You’ll hear so many different accents from all over the world.

What were some of the challenges you faced in staging this epic?

GLEN: Just in terms of the languages alone – not many actors can handle dialects. So they’ve had to learn the dialect, or even Japanese, Malay and Tamil, from scratch!

IVAN: It’s complicated by the fact that the Cantonese has to go back to a kind of period Cantonese, not the colloquial one we use now. Likewise for the Japanese. So, to refine and find the nuances in the dialogue, we’ve consulted translators and language specialists – like Ken and Hiroko Takiguchi for the Japanese, and Hung Chit Wah and Moo Siew Keh for the Cantonese.

GLEN: Even the Malay that we’re using in 1955 isn’t the Malay we speak now. 60 years ago, it was more halus (refined), more sophisticated.

IVAN: The final result is a Tower of Babel. And I think that is Singapore. That’s a microcosm of a cosmopolitan global city, a metropolis. It’s so exciting. 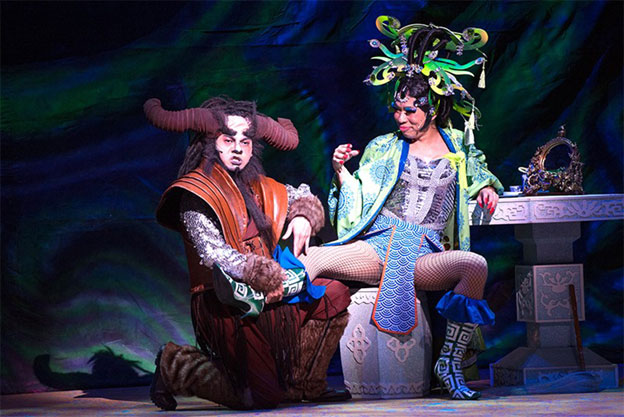 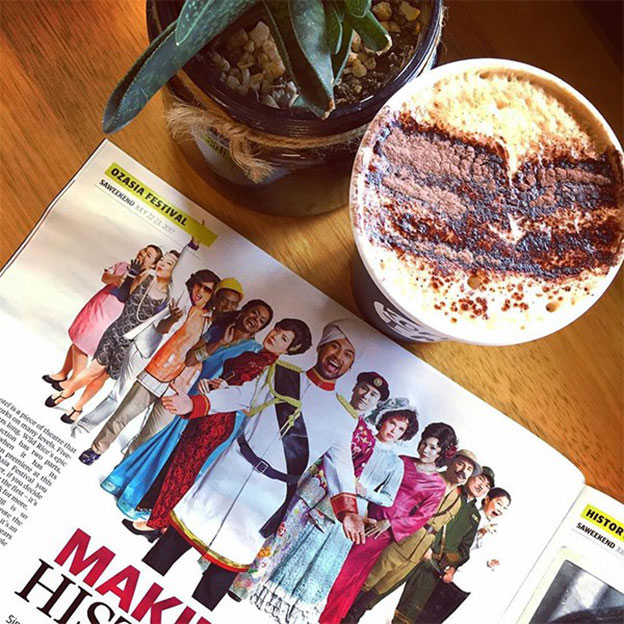