See Things From A Different Angle!

The company of La Cage Aux Folles are blurring gender boundaries and stereotypes on stage every day – and they think you should try it too!

Drag has been a vital element in the theatre from the very beginning. In ages past, from Ancient Greece and China to Shakespeare’s England, women were barred from performing on stage. As such, men and boys cross-dressed to bring female roles to life on stage. Since then, society and the art of drag have evolved considerably. Gender has become more fluid, and taking on gender-bending roles allows artists and performers to challenge conventions, stereotypes and expectations.

That’s exactly what several members of the incredibly talented company of La Cage Aux Folles do every night. We chat with them – and director Glen Goei! – about their drag experiences, on and (occasionally) off stage.

In M. Butterfly, the audience had to genuinely believe that my character was a woman. By performing in drag, you get audiences to suspend their disbelief and take a journey with you – only to have the illusion shattered by the end of the play. It’s a moment of true theatricality. I haven’t dragged professionally in over 20 years, but I’ll be doing so for Mama White Snake, this year’s W!LD RICE pantomime. Pantomimes are all about anarchy, chaos and subverting the norm. And that’s precisely what the Pantomime Dame is – a sign that anything can happen! I love that!

IVAN HENG – as Emily in Emily of Emerald Hill

As an actor, I just love the idea of becoming someone completely unlike myself. In drag, I get to change even my gender! And I get to explore a whole range of emotions that men don’t always get to explore. Men are told not to cry, to bottle up the things they’re feeling – and women have readier access to some of these emotions. What’s most important to me is to not forget that, beneath the costumes and make-up, our goal is to illuminate the characters we play and find the truth in them.

Ivan: I love dragging with Glen – it’s like having a day out with your sister, playing dress-up! You bring smiles to people’s faces – they’re giggling and laughing and in on the joke, and it’s so enjoyable.

Glen: Drag performers always take people by surprise, because they don’t expect it. It’s a good ice-breaker, because it makes people laugh. And suddenly they realise – ‘Hey, we’re all here to have fun!’ So they loosen up, and don’t take things too seriously.

SEAN GHAZI – as Angel in RENT

I think everyone should try drag at some point! You gain access to a whole other set of powers that you don’t have in your original gender – people look at you differently. When I was playing Angel in RENT, even the straight guys in the band would go, “Oh my god, Sean, are those your legs?!” It’s a lot of work though. My beard grows quite quickly, so I used to have to do an electric shave over my make-up between shows on a two-show day!

HOSSAN LEONG – as Miriam Leong-Lim at the 2016 W!LD RICE Ball

Drag pays the bills! I don’t do drag for fun one, you know!!! But I love that my drag personas make people smile and laugh. The attitudes and reactions you get from people when you’re in drag can be very interesting. Because it makes people pay attention, and it makes some people uncomfortable. And you also have some people saying the most inappropriate things. Once, I had a man come up to me and say, ‘Eh, you so sexy, I want to rape you.” That’s crazy – you should not say something like that, to a man or a woman!

AARON KHALED – as Angel in RENT

The fun thing about dressing up as any character is you get to be someone completely different. That was especially the case for Angel – to really look the part, I had to change my face, almost, by softening my features and making my chin smaller and sharper. It took an actual village to get me ready for the show!

DARIUS TAN – as Widow Neo in Jack & The Bean-Sprout!

Drag is not an easy art form, but I love it. As an actor, it’s the ultimate escapism, because you’re not just playing a role – you’re playing a character of a different gender. It really tests your limits. It’s especially fun when you transform to play the Dame in a pantomime. You’re the pillar of the show, and you really have to be willing to be ugly on stage. I have no qualms at all about being ugly! It’s wonderful for me. And walking in heels means you end up building beautiful calves!

I created Taylor Jin, my drag persona, when I did a show with The Necessary Stage and Alvin Tan challenged us to come as characters completely different from ourselves. I remembered seeing my Taiwanese friend in drag once – she was a beautiful girl with long hair and she became a skinny boy who was handsome in an androgynous way. It confused everybody, and I remember thinking: what incredible power! So I based Taylor on an acquaintance of mine, who’s a misogynist and is full of toxic masculinity. As myself, as a girl, I am always conscious of stepping on other people’s toes. But Taylor feels like he can say and do whatever he wants. I’ve found playing him to be very liberating. 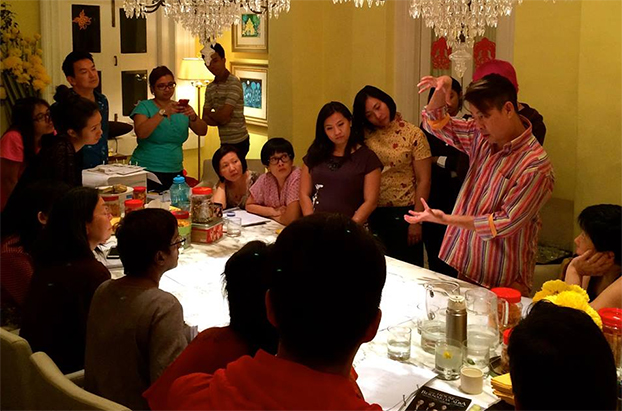 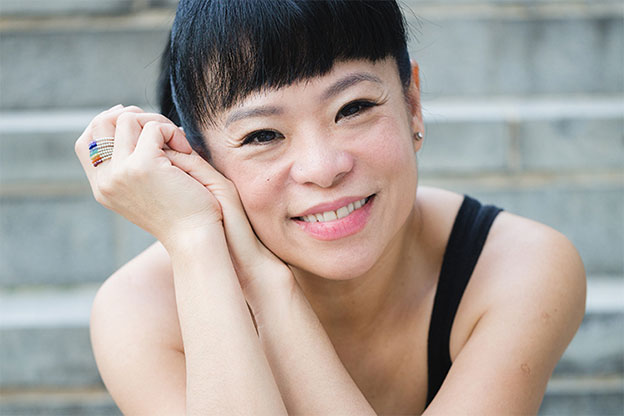