Pam Pulls It Off!

Putting up a show on the scale of The Emperor’s New Clothes really takes a village – especially when every single actor is also playing an instrument on stage! We chat with super-director Pam Oei about her extraordinary vision for this year’s pantomime, the creative and technical challenges she had to overcome, and her inspiration and passion for directing.

What aspect of the original fairy tale appealed to you?

The Emperor’s New Clothes is a classic but very simple tale. What stood out for me were the two tailors who had the audacity to come up with a plan to dress the pompous Emperor in his birthday suit and little else. Now that takes creativity and courage! I felt that this resonated with Singapore – how many times have we felt that things were not going right, but how many of us actually had the courage to call it out, beyond hiding behind a keyboard and ranting on social media? When push comes to shove, when it is time to stand up for something right, how many of us would actually stick our necks out to defend what we believe in? I think Singaporeans go with the flow too much… to make progress, we sometimes need to work against the grain!

Unusually for a musical in Singapore, all the actors play instruments on stage. What inspired you to incorporate this element into this year’s pantomime?

When we started thinking about The Emperor’s New Clothes, I had just watched Once The Musical in London, which features the whole cast playing musical instruments. It totally bowled me over, and I wondered if we had enough talent in Singapore to do something similar. The difference with Once is that it’s more of a play with music in it. Every number in it was a song presentation: the lead actor is busking, or playing a song for his love interest. The Emperor’s New Clothes is a more traditional musical – people burst into song mid-action. The plot unfolds through song.

Also, I recently joined a rock band, Ugly In The Morning, as its lead singer. It’s quite nice that, in this show, the actors are the band. Music has always been my first love, so getting to weave musicians into the fabric of a show was a very exciting process for me.

How did this concept influence the casting process?

My initial idea was to have a guitar-wielding duo at the heart of the show. I had already persuaded Benjamin Kheng of The Sam Willows to be one of the tailors. Along the way, I realised that I didn’t need to limit myself to finding just one more guitarist. So I began auditioning actors who were also musicians (or musicians who could act) for the entire cast.

What surprised you during the audition process?

I knew and had worked with several of the actors before, but discovered hidden talents I had never known about. I had no idea that Andrew Lua, who plays a minister in the show, could play the trumpet and the saxophone. Seong Hui Xuan is a qualified piano teacher, and Candice de Rozario is an incredible drummer who used to be a drum major in her school band!

It was really nice for me to discover new talent in the audition room too. Andrew Marko, who’s in the ensemble, blew me away. He played the guitar for us very well, after which he played Bohemian Rhapsody on the piano. Then he informed us that he was an even better percussionist. And, without drums on hand, he drummed enthusiastically on the table for us!

Watching the play, we can’t help but notice the cast multi-tasking on so many levels.

They really are doing multiple things at the same time! They have to act, sing, dance and play instruments. Any musician will tell you that it’s hard enough to play and sing at the same time. Your hand is doing one thing and your voice is doing something else, often to a completely different rhythm. Add in their dance steps, while acting, emoting, getting into the scene, remembering their blocking and exits, singing harmonies, being part of the band… geez!

That’s a tall order! How did you coach your cast through this?

We held a music workshop about a month before rehearsals started, so that the cast could get used to one another and also learn two of the most difficult songs ahead of time. Then we spent the first few weeks of rehearsals making sure that everything was technically possible. In the last stretch, we worked on the emotions and telling the story meaningfully and truthfully.

Any happy surprises during this exhausting process?

When Sezairi walked into the audition room, I was thrilled, because he’s a brilliant guitarist and an amazing singer. I think he and Ben Kheng complement each other very well.

But I didn’t know whether Sezairi could dance. I neglected to audition the actors for that, because I was so concerned with their ability to sing and play instruments! Just because you’re a musician, it doesn’t automatically mean that you can move. I know a lot of musicians who can’t dance. Also, Sezairi has never performed in a theatre piece before, much less a musical with full-on choreography.

So, as it got closer to rehearsals, I started worrying about whether Sezairi could dance. But, as it turns out, the boy can move! When he was learning a big dance number (Make It Rain), I remember saying to him, ‘Heng ah! Luckily you can dance, man!’ And Sezairi turned to me and said, ‘Heng ah! I also just found out today that I can dance!’ [laughs]

What challenges did you face in having the actors play instruments live?

Technically, it was tough. Every guitar, every drum, every flute and violin has to be miked.

Shah Tahir, our sound designer, really had his work cut out for him. After the first full run a few weeks back, he said, ‘I go home and think first.’ I don’t think Shah has to think very hard about this stuff anymore, because he breathes and lives it – it’s in his blood. But, for this show, he had to! It’s very complex. He told me after we opened that this is the most ‘rock & roll’ show he has ever done – i.e., the toughest! That’s a lot coming from the legendary Shah Tahir.

As someone who enjoys performing, are you jealous of what your cast gets to do?

No, I’m a bit relieved that I’m not doing it, actually! It’s them and not me! [laughs] I don’t play an instrument well enough to be at this standard. But there have been moments in rehearsals when the cast has been having so much fun that I’m, like, ‘AHHHH! I also want to do!!’

I fought very hard, for the first time in a pantomime, to have only one cast of children. Having two casts of kids really took a lot out of me in Hansel & Gretel. With children, you have to repeat things many, many times, which is normal and natural. But having to repeat everything again for a second kids’ cast is really taxing for the main cast. There are two tech rehearsals, two dress rehearsals, two everything. So, this time, we have one kids’ cast, but with more kids – 19 of them.

I used to be really anxious all the time about the kids doing the right thing, being at the right position and at the right blocking. Hansel & Gretel taught me that it doesn’t matter that much. If the kids make a mistake, everyone goes, “Awww, so cute!” I mean, when the kids are onstage, it doesn’t even matter what the adults are doing! The kids can do no wrong! Of course, we will still want to rehearse until the kids get everything right, but I’ve learnt from my previous experience. If they make a mistake, I don’t freak out as much anymore.

You gave composer and music director Julian Wong one of his first opportunities to perform publicly! Tell us about that.

I first met Julian in 1998, when he was ten years old – he was one of the kids performing with Selena Tan in Chang & Eng. At the time, I was in a folk band called Peculiar Remedies, and I asked him whether he wanted to open our album launch concert for us. He said, ‘Ya, okay, Auntie Pam!’ He played Over The Rainbow beautifully on violin. He also has perfect pitch, so we played a game live on stage; I would shout out a random note like “B flat” and he would sing it, and then I would play it on the piano to prove he was right. It was a real crowd-pleaser.

Now, at the ripe young age of 27, he’s written this amazing music for The Emperor’s New Clothes. The music is so rich and so beautiful. It’s complex, and the melodies are really haunting! I actually think this is the best music I’ve ever heard written for a musical in Singapore. The testament to the brilliance of his music is how moved the cast is by it. We have rehearsed his music to death. But, when it comes to certain songs, the cast still cry!

I can’t sing enough praises about Julian. He is a very good collaborator. He’s also very firm, because he’s very clear about what he wants. And he’s a real joy to be with, because he’s very humble and very gentle. This young man is just at the start of his career. I get excited just thinking about his future!

As a director, what rattles you?

Many times, when people ask me critical questions like, ‘When do you want to fly this down?’, I’ll say, ‘I don’t know, I’m just an actor!’ That’s my first reaction. The next reaction will be, ‘Okay, I can’t say that”, so I’ll say, “Tell you later? Let me think about it.’ ‘Let me think about it’ features quite a lot!

What do you love about directing?

What I really love is the collaboration between the different departments working on a production. It really takes a village to put up a show, and I’m so glad for the creative team I have.

Joel Tan, our playwright, has been a real delight to work with during this entire process. He has written these lyrics that are so witty and so considered. There are also my long-time collaborators, Ashley Lim for hair design and Bobbie Ng from the Make Up Room, who never fail to deliver and made hair and make-up such a stress-free zone for me. I’ve also really enjoyed working with Saksit Pisalasupongs and Phisit Jongnarasin from Tube Gallery. The costumes they’ve created are so vibrant and beautiful, and they evoke this different fantasy world that’s modern, but with a classic fairy-tale feel. Everyone on this production has worked so hard to tell this story: from our patient and collaborative choreographers, Gino Flordeliza Babagay and Hafeez Hassan; to our brilliant lighting and set designers, Adrian Tan and Eucien Chia. Not to mention our stage management team, who never rest and often go without sleep.

As an actor, I know all these things are going on at the back of my mind. But, as the director, I oversee the big picture, pulling the whole team together to stage this show. So I’m really behind the scenes and in the trenches with them, seeing for myself the long hours everyone puts in. It’s been a real joy for me to surround myself with the incredible team I’ve got, and for everyone to pull together to create the magic you see on stage every night! 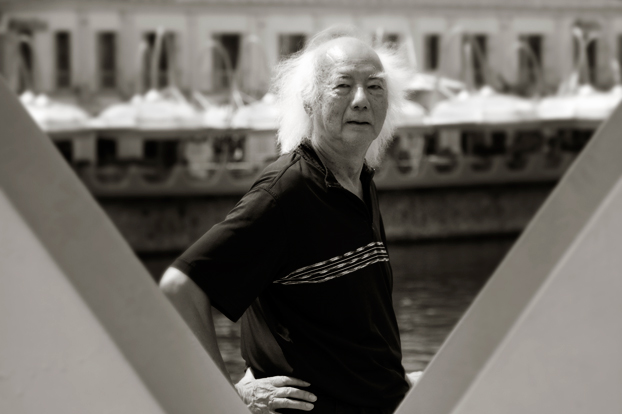 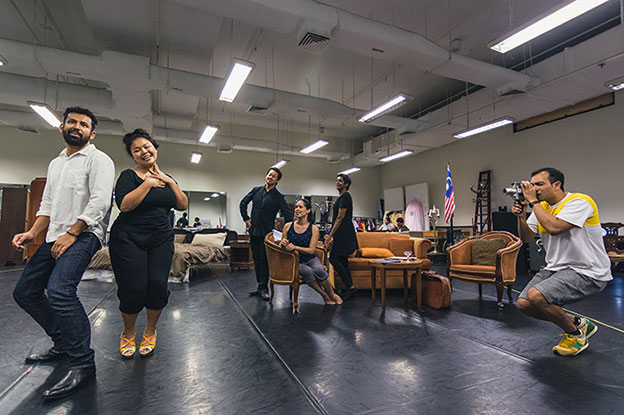 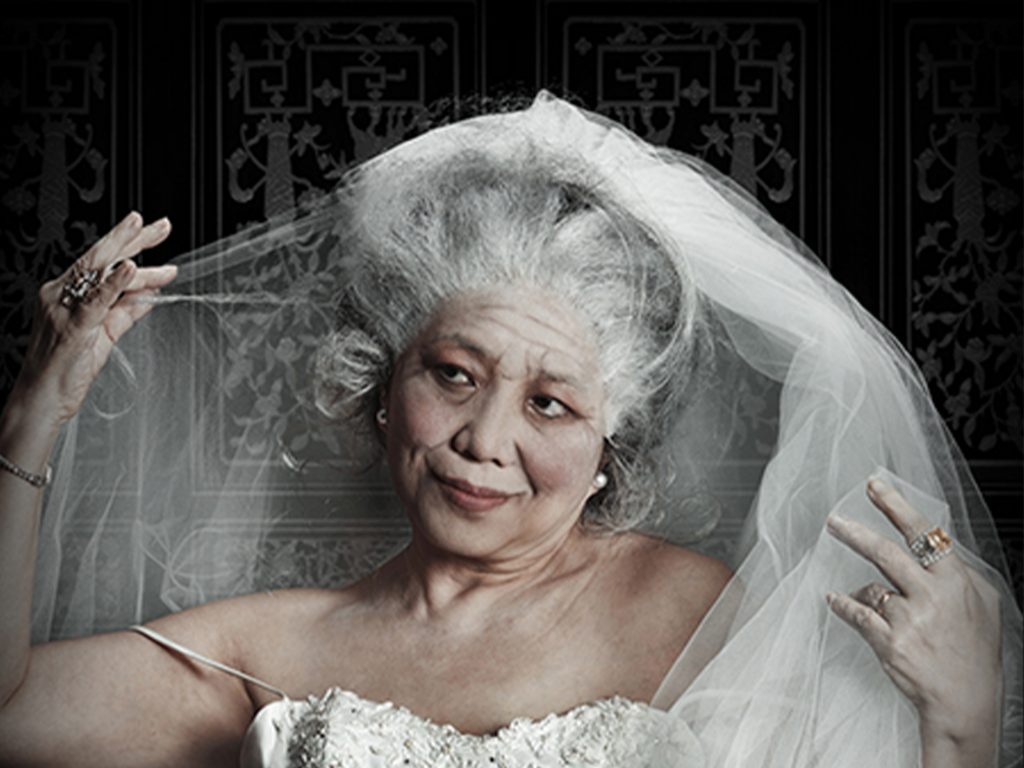