Director Glen Goei has wanted to stage this Molière masterpiece for years. So why now? And how does Wild Rice go about reclaiming this world classic for Singapore audiences? Find out here!

How did the idea of staging Tartuffe for Wild Rice first come about?

I’ve been wanting to do Molière’s Tartuffe for many, many years. Molière is the most famous French playwright to have ever lived – the Shakespeare of the French-speaking world. He wrote amazing, incisive comedies in the 17th century that were very satirical. In his work, he made fun of the middle class and the status quo, and he always had a comment to make about either the politics or society of his time. As you can imagine, this gained him as many admirers as it did detractors. And I have always thought that Tartuffe, Molière’s most well-known play, has something important to say to us still, almost four centuries later.

Why has it taken so long for Tartuffe to finally come to the Wild Rice stage?

Ivan Heng, my dear friend and artistic partner-in-crime, knows how long I have been searching for a version of the play that I felt was contemporary and relevant for Wild Rice’s audiences, and for the times we are all living in.

Over the years, I have seen several productions of this play, and read even more English adaptations of it – but all of them were unsatisfying for me in one way or another, and none of them ever seemed quite right.

Cut to a year or so ago, and Ivan and I finally decided to commission our very own version of Tartuffe. I was keen to work with Joel Tan again after directing one of his first major plays, Family Outing, which premiered at the 2011 Singapore Theatre Festival. And so, we invited Joel to try his hand at bringing this almost 400-year-old play home to us here in Singapore.

When I received Joel’s script in my email inbox a few months ago, I knew that my ten-year search for a version of Tartuffe that spoke to me, that will speak to you and to all of us, had finally come to an end.

Can you share with us why this show and its themes resonate with you?

Although the play is almost 360 years old, its theme of religious hypocrisy remains profoundly relevant today. You don’t have to look too hard or too far to find examples of how religion – a powerful and emotional force – can lead to discrimination, oppression and conflict when it is manipulated or exploited by those who claim to profess it. Just look at the conflicts, the wars, the battles, that are still being fought today over religion. Molière was writing about something we still need to think and talk about these days.

On a personal note, I know I’m not alone in having experienced religious hypocrisy myself, when I was growing up in Singapore. I studied in a mission school, and have encountered people very much like the character of Tartuffe – someone who uses and twists the ways and words of faith to advance their own interests.

How did you go about casting Tartuffe – the play and the character?

I needed to cast actors who can really handle and serve Joel’s text, which is rich and layered and complicated and occasionally delivered at an almost breakneck speed. So I needed a cast of good, experienced actors who can take those words and make them really live and sing. As a result, I think we’ve ended up with an ensemble full of Singapore’s best actors, including a few new faces I’ve never worked with before!

As for the character of Tartuffe, it’s a very challenging role. Whoever plays him has to be able to change on a dime, like a chameleon – and not just within the same scene; occasionally, within a single line! I gambled on a gut instinct and cast Benjamin Chow, whose work I’ve enjoyed in many productions but whom I’ve never worked with before. I’m glad to say my intuition has been proved right. Ben is a complex and very interesting actor. There are so many layers to him, and you can’t easily put him in a box. Watching him tackle and perform this role so effectively, so powerfully, has been a delight.

What inspired you and your team in terms of this production’s set design?

Over the past decade, the classics I have reimagined with Wild Rice have always been very modern, minimalist and monochromatic. The sets for Public Enemy, The House of Bernarda Alba and The Importance of Being Earnest were largely in shades of black and white and grey.

For Tartuffe, I really wanted to bring colour to the production – partly because it’s a comedy, and partly also because I wanted to bring colour and laughter and light to people’s lives, after we’ve all survived the past two years of the pandemic. Visually, I wanted to present audiences with a box of candy. So the set, designed by Wong Chee Wai, quite literally pops with the colour pink!

In your opinion, what makes this adaptation of a world classic a uniquely ‘Wild Rice’ production?

As always, we have reclaimed a world classic for Singapore audiences, making it relevant to them now, today. Even though the show is performed in gorgeous, elaborate 17th-century costumes, wigs and hair, the dialogue the characters speak is familiar and accessible to everyone.

And that’s not all – we’re offering audiences quite a new, subversive interpretation of Tartuffe, which might not sit too comfortably with Molière purists. The original ending is a comparatively happy and neat one, but that was largely because Molière had to self-censor and rewrite the play multiple times in the face of opposition from the church and the state at the time. We believe the ending of our production is closer in spirit to what Molière himself would have written, and we hope audiences will agree.

Last but not least, what do you hope people will take away from watching Tartuffe?

I hope what people will take away with them when they come and see the show, first and foremost, is two hours of amazing entertainment. We want you to roll in the aisles with laughter, and to share in that glorious live experience in our theatre (at full capacity again, at last, after two long years!). But we also want to send you out of the theatre with some food for thought. So come and be entertained… and enlightened! 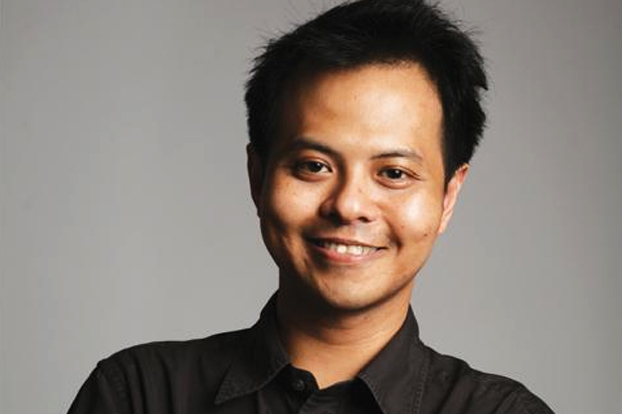 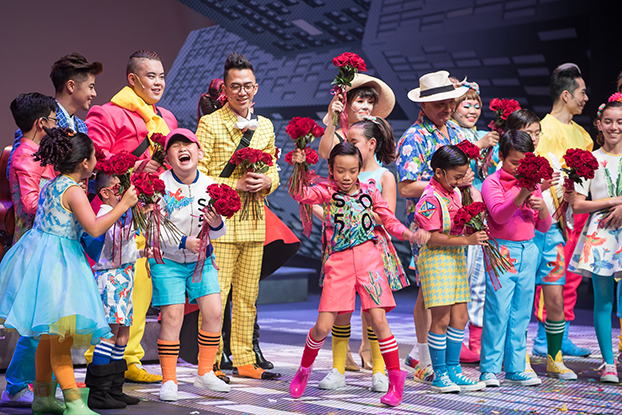 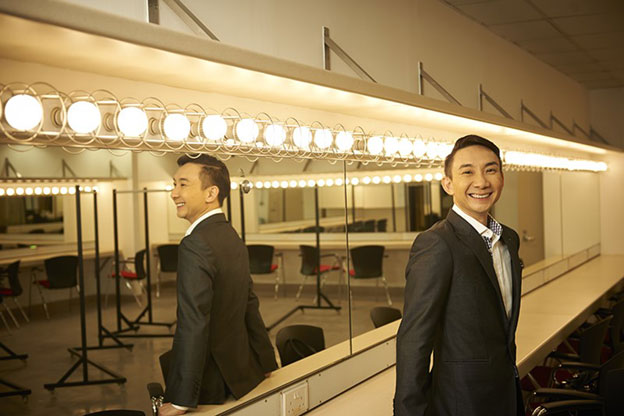 All The World’s A Stage: Hossan Leong