Playwright and performer Dwayne Lau reveals his inspirations and influences in helping to create The Amazing Celestial Race – a funny, fabulous, family-friendly show about everyday heroes!

Tell us about The Amazing Celestial Race!

It’s a really fun, colourful and vibrant show based on the mythology behind the 12 animals that make up the Chinese Zodiac. As a kid, I was always fascinated by the stories of how these animals took part in an epic race – how they fought and helped one another to get across the finish line.

I took that as my starting point for The Amazing Celestial Race, and have since had a blast adding lots of local flavour and humour to make this show something everyone can enjoy! On top of that, this show is going to be such a feast for the eyes and senses! It features puppetry and some very fashion-forward costumes – and I don’t want to spoil the surprise, but it might even start raining in the theatre…

How did you come to realise this was a story you wanted to tell?

Apart from loving the original story and its potential for madcap adventure, I’ve recently started to realise that – as an artist – I really want to tell stories that are a part of our own cultures and beliefs. We are all so well-acquainted with fairy tales and legends from the West. But there are just as many exciting stories that originated locally or in the region, stories that belong to us that we can and should tell.

And so, it was a no-brainer when Ivan Heng asked if I would like to try my hand at writing a family-friendly show coinciding with the Chinese New Year festive period. Wild Rice had to cancel last year’s traditional pantomime due to COVID-19, so Ivan really wanted to create something fun and joyous that would bring people light and laughter in these dark times. Who can say no to that?! And so here we are!

What research did you do to write this show?

There isn’t one single story or source available. So I had to read many accounts and vignettes of the Zodiac legend, before selecting which of the existing stories to develop and reimagine for the show. I also talked to people to find out what they knew about the race – or if they even knew about it at all! My godchildren, Gratus and Gracia, have been invaluable. I chatted with them to find out whether they had learned about the Zodiac at school. Playtime with them always fires up my imagination and sense of adventure, so I’ll count that as research too!

What was the most challenging aspect of the writing process?

Figuring out how to allocate 23 characters amongst just FIVE actors!! I had to work really closely with our director, Glen Goei, on this – planning the entrances and exits to avoid any overlaps. That was quite a logistical challenge, but we made it work because we want to make the whole experience as seamless and magical as possible, especially for the kids in our audience!

Did you learn anything from working on The Amazing Celestial Race?

I’ve learned a lot about what it means to be a hero. In traditional stories, a hero is the one who has the biggest, most significant role; the one who is celebrated. But what about those who go unseen, and yet nonetheless do noble things? In my opinion, every character who takes part in this race is a hero in their own right. Working on the show has taught me to better appreciate the people around me – to give credit and praise where it’s due, and to make an extra effort to appreciate the everyday unsung heroes who so easily go unnoticed. I hope this message will resonate with audiences too.

What’s it been like working with Glen as your director?

It’s been a dream come true! I love working with Glen! He consulted me while assembling our creative team. We cast the show together too. Glen is very respectful of my work, and gracious in giving suggestions. We’ve been in close communication right from the start, and he gave me a lot of space to create and write. I love bouncing ideas off him!

Tell us about creating the original music in the show together with composer Julian Wong.

Julian and I are really good friends, and have also collaborated very closely on countless projects. So we have excellent synergy when working together. He’s very generous with ideas and suggestions, and he works really fast! I really enjoy the enthusiasm and passion that he puts into his music. He takes time to understand the script and lyrics, and writes from his heart. Our jamming sessions to create these songs were super fun. In fact, we were so productive we came up with the entire set of songs in three days!

You’re also performing in the show! How much have you enjoyed getting into character with your fellow cast members?

From the first table read, I was smiling ear to ear. Everyone has brought so much fun and life and humour to their characters. There’s always a lot of laughter during rehearsals. And we’ve built chemistry pretty fast! For the first time ever, I’m the oldest cast member… but I’m happy to say that I’m doing a pretty good job in keeping up with this young and very energetic cast!

Last but not least – we can’t let you go without asking this. You were born in the year of which animal ah??

I was born in the Year of the Dog! And I definitely identify with my Zodiac animal. A dog is a loyal friend. He is happy-go-lucky and carefree, while remaining very much in tune with the emotions of his master and friends. Dogs love adventures and love to play. That’s pretty much me in a nutshell!

And what’s your favourite thing about Chinese New Year?

THE REUNION STEAMBOAT DINNER! Or dinners!!! I’m a people person, so reunions and gatherings have always been my thing and I love it when my family comes together. But I love the reunion dinner largely for my dad’s legendary broth… not to mention the fish maw and cheese tofu and fish roe dumplings!

Help Us Secure The Future of WILD RICE 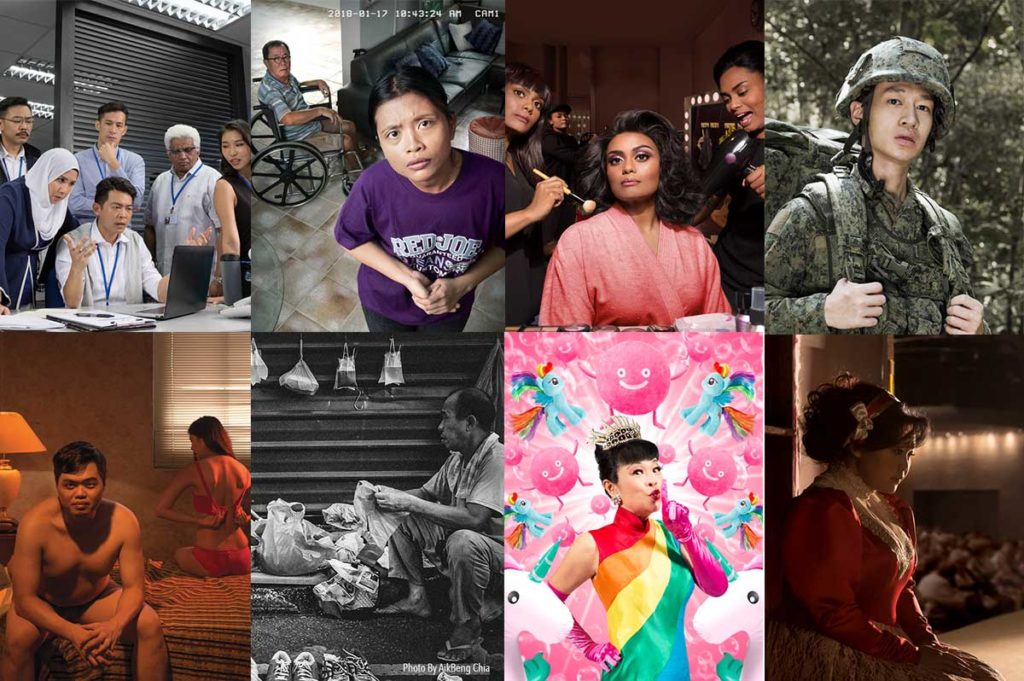 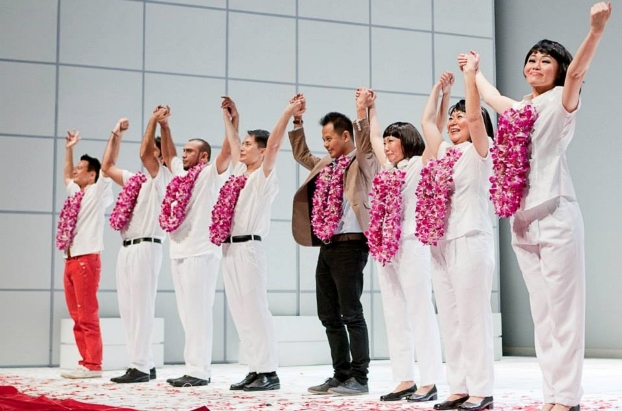