We grabbed our chance to chat with Miriam Cheong about The Other F Word, her professional playwriting debut. Find out how she was inspired to write this play, and what being a fat activist means to her!

In a nutshell, what is The Other F Word About?

It’s mostly about the complicated feelings towards my body before and after weight loss, as well as the social stereotypes that were thrust upon me as a fat kid and adult. There’s also another small vein about what it means to me to try and take a radical stance in society, but I’ll leave it at that for now because this getting very un-nutshell-like already!

What inspired you to write this play?

When the opportunity first came up in school, my teacher suggested that it was more a topic for a thesis instead. So I wrote my thesis on fat bodies in the theatre. At that point, I was told that I was ready to craft this topic into a show, now that I had gotten the explicitly political voice out into a dissertation.

At the same time, I was going into a sort of mental slump towards my body after graduation, which frustrated me! I had just written a whole thesis on body-based discrimination! So why was I still being so cruel to my body and flagellating it every time a casting call went dead? And that’s the point when I thought, “Okay, this tension between what I know and what I feel – that’s where my show lies.”

How has the play evolved since you first came up with the idea?

My show was initially only 20 minutes long! My college had this solo show festival every year and, since I’d received my teacher’s blessing, I wrote and staged what would become the first draft of the show at LASALLE in May 2018, about nine months after I graduated.

I then expanded the play for submission to Wild Rice’s Singapore Theatre Festival for its open call in 2018. I added in parts about every Singaporean’s favourite club – TAF Club! – because I think that was a formative part of so many of our lives. Also, I hadn’t received my Polycystic Ovarian Syndrome diagnosis yet when I first presented my show, and I added that in too.

Speaking of dissertations, one of the biggest things that Alfian [Sa’at, Wild Rice’s resident playwright] and Alin [Mosbit, director] suggested during script reads was to put my thesis into the show! It’s almost a character on its own at this point, and you’ll get to see my reactions and relationship with it in the show.

In a tragic way, I feel like material for this show keeps accumulating. I can’t even begin to count how many ‘circuit-breaker body’ jokes came up last year, and that’s just one example!

What has surprised you the most while writing The Other F Word?

When I did the 20-minute staged version, I didn’t know if it would have the power to really impact anyone. But, a few days later, someone came up to me and said, “Thank you for your show. It made me think about the sorts of jokes me and my friends make.” And that surprised and warmed my heart in the most pleasant of ways.

What’s the most challenging thing about performing this play?

First of all, who was the idiot who wrote so many words for me to memorise, I’d like to have a word with them…! 🤬

Besides that, I think it’s balancing being vulnerable without becoming self-indulgent. I share a lot of hurtful and traumatic experiences, and I want to be careful to avoid going inwards into self-pity. As a people-pleaser, I also keep worrying that people out there are not going to like what I have to say. But I also have to tell myself that this is an unpopular discussion! So someone inevitably will not like what I’m saying!

Tell us about working with Alin and your team for this show! What has that experience been like?

This team has been so, so generous, I’ve really felt the love! James [Tan, lighting designer] and CK [Chia, set designer] have come in to watch so many of my runs. It’s been very touching to have them in the room.

When Alin gives her directorial insight into the script, she really unpacks layers that I didn’t even know were there. She really lights up the room. It’s been very inspiring to work with her.

Jean, my dramaturg, has been so patient with me too. I tend to go on so many rambles and tangents, and she can still generate pertinent discussion from it. I don’t know how she does it, but she deserves a medal!

And finally, I have to give a shout-out to my stage management team. My show has a lot of small props that get moved around a lot, so big props (see what I did there? I am a true writer now) to them for resetting after every run.

For me, fat activism goes beyond the internal work of radical self-love and body acceptance. Which is a valuable thing, don’t get me wrong! But to me, fat activism is more about dismantling the societal structures that have made us believe that fat bodies are less valuable than others. To me, that is a more urgent and holistic issue to address. Yes, we’ve been made to feel ugly and unattractive, but these thoughts didn’t come from nowhere. Society’s hang-ups about fat bodies go far beyond finding them unattractive. Fellow fat activist and comedian Sofie Hagen put it best for me: “It’s not about finding fat bodies attractive. It’s about how fatphobia kills people… It’s systemic. It’s political. None of it will be fixed by fat people learning to love our bodies.”

WATCH: Chewing The Fat with Miriam

Most of us wrestle with body image issues. What’s something you’ve done that has made this struggle easier for you personally?

I’ll let you know when I get there. It’s not easy. There are days when I look in the mirror and I just… get a weird lump in my stomach and wonder who the person I’m staring at is and how did she come into my bathroom?

One of the things that has helped me specifically is moving past the desire to want to feel beautiful. I’ve accepted that there are days when, no matter what I do, my mind will make me feel ugly, and, if that’s the case, I will find value in myself in other things. Such as my humour, my compassion, and my inability to give short, concise answers.

Do you think we’re ready to have better, deeper and more constructive conversations about weight and body image in Singapore?

I… I honestly don’t know. I want to think so, but it’s not up to me! I can talk all I want, cite all the resources I want, but it needs to come down to Singaporeans being willing to listen and change.

Social media has made it easier for local plus-size advocates like Aarti Olivia Dubey to come into prominence, which I’m very grateful for, because local voices advocating fat bodies were not really allowed prominence before. When I was writing my thesis, the only local journal articles I could cite were from a compilation published in response to the Slim 10 incident in 2002 – and it was sponsored by AIBI Fitness and Eu Yan Seng! Now, History was my worst subject in JC but even I know that that’s what you call a ‘Source with Vested Interest’!

I’m hoping that, with this recent shift in the way information travels, Singapore can start to be exposed to fat activism a little more and move past the “Yah, but fat is not healthy mah” mindset. That’s been the most common roadblock I’ve seen.

Last but not least – the performing arts industry is notoriously toxic when it comes to celebrating and almost rewarding thinness. How has that affected you personally as a performer?

This is a really hard question for me to answer. I still remember when I was presenting my thesis proposal, one of the teachers on the dissertation panel said, “You’ve got to be careful when discussing these things… maybe these fat actors aren’t getting these jobs simply because they’re not good at acting!”

It’s one of those things where, when I try to talk about the industry, I also have to push back against the idea that I’m saying I’m a perfect actress and deserve every role I’ve auditioned for. I’m not, I know my shortcomings – don’t ever ask me to do an Australian accent, for one thing!

It’s very frustrating, though, when casting calls say they’re looking for a “plus-size” person, and when the final product comes out, you realise that they just went with a straight-sized actor/actress.

That might sound like I’m bitter about losing the part, but it’s not that I specifically have to play that character. I just want to see someone who looks like me in the show, as reflected in what you said you were looking for in your casting call. I don’t want the promise of representation in a barren desert, only to realise that it was an oasis all this time.

What would you change about biases within the industry if you could?

I think it ultimately comes back to seeing the arts as a place of infinite possibility. Why restrict the body sizes you put on screen and on stage to a certain type? Why do musical theatre choruses need to look so uniformly thin and leggy? What exactly is meant when casting directors say to fat actors, “You just don’t look the part”? Saying “That’s just the way it is” is not a justifiable reason for many of the unspoken biases and expectations that still exist in the industry. The more we can confront that, the more open we can be to change. 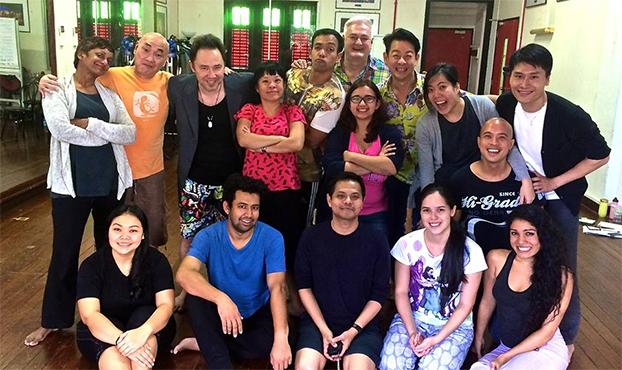 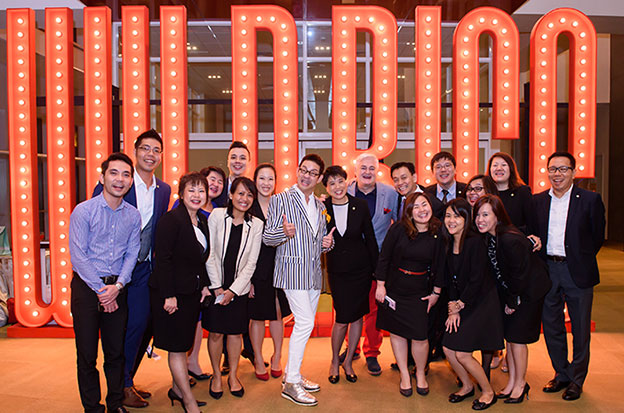 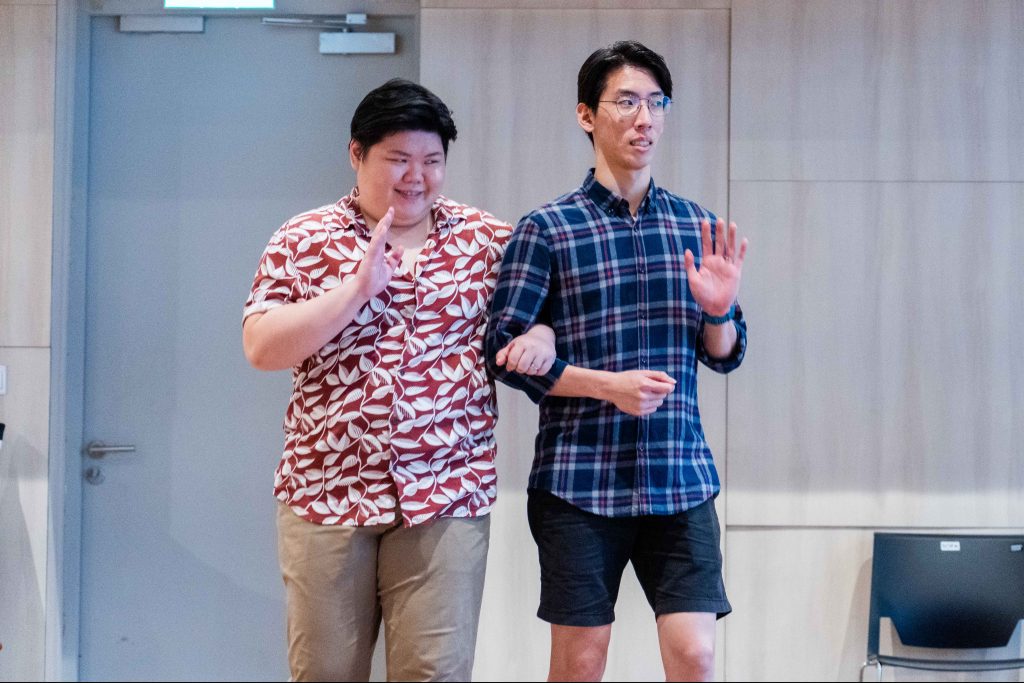